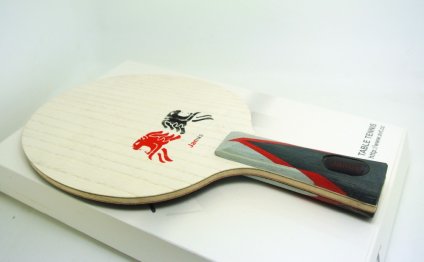 DHS (Double Happiness) is not only the largest table tennis manufacturer in China, but it's one of the national largest sporting goods suppliers. The company was founded in 1959 and is well-known and respectable in world table tennis field. Double Happiness (DHS), official equipment supply for 27th, 28th, 29th Olympic games, has its unique view point on the study of materials and formula, making technique, the mutual influence between table tennis and motor function.Â