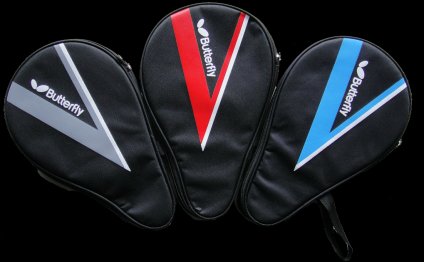 The new Butterfly Technical Center was opened in Tokorazawa in April of 2006. Here, researchers are able to work under ideal conditions using the most recent technologies. Rubber and sponges are adjusted to the specific needs of the different markets and new innovations are introduced.

Mr. Tamasu is convinced that table tennis keeps young and fit. ”Table tennis really is a life time sport and ideal specially for older people”, he adds. This view is also shared by the management, along with CEO Shunsaku Yamada (since 2005), who carries this motto all over the world. There is almost no country on earth which does not have friendly relations with Butterfly.

By the way, friendship and peace mean a lot to Mr. Tamasu. Due to his horrible experiences during WW II he deliberately chose BUTTERFLY as company name because this stands for peace, spring time and joy.

Since 33 years in Moers

Tamasu Butterfly Europe was founded in Moers, Germany in 1973. Ever since it has been contributing to the firm’s worldwide success. The affiliate works with representatives from all over Europe. The subcompany creates new collections including gear products, tables as well as various other table tennis equipment, which are sold world wide.