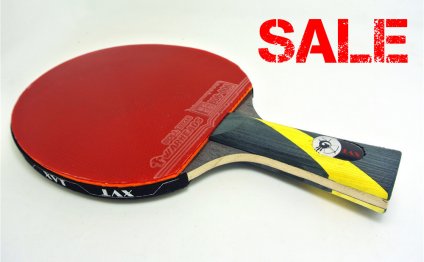 At the recent World Championships, China swept all five events – men’s and women’s singles & doubles, and mixed doubles. In fact, all but men’s doubles were all-Chinese finals. And yet, a number of cracks were shown, especially on the men’s side.

Yet, all in all, the Worlds were a demonstration of Chinese supremacy in the sport.

So what is the secret to Chinese table tennis … and how can the rest of the world catch up?

The Chinese team has more depth than any other team in the world. The primary training center is in Beijing. The team is made up of 96 players – 24 men, 24 women, 24 boys and 24 girls.

Players are given “tryouts” early on, usually with trips to major tournaments in Europe or elsewhere, to see how they do internationally. From this, the Chinese judge if this player has the potential to become a star.

A huge advantage China has comes from their depth. If a player on the national team isn’t working hard, doesn’t do well internationally, or has technical flaws hurting their progress, there is always another “hungry” player with potential on the outside waiting to get in.

In many countries (including USA), the national team is selected in a Team Trials. This may be the fairest way of choosing a team, but it may not the best way to develop a dominating team. According to Cheng, in most countries – including USA – 90% of the training and team funding goes to “flawed players” who have no chance of ever winning medals.

This is a true problem as a Team Trials fits most people’s notion of fairness. Yet the players who make the team in such Trials usually do not match the players with the greatest potential for winning medals. Often players in their 40s make the team over promising players under 22. Exhibit “A” is the current U.S. National Team at the recent Worlds, chosen by Team Trials. Their ages were 46, 41, 41, 38, 37, 36, 34, 30, 19 and 18. (This is not to disparage the accomplishments of those who made the team in the Team Trials, who earned their positions.) Many of the top youth players in the U.S. just missed making the team. Ironically, the youngest player to make the team, Han Xiao, age 18, finished fifth, and only the top four spots are funded – so he had to pay his own way, even though he was the top player of his age in the country. The funding went instead to older players, mostly in their 30s and 40s. Players such as Mark Hazinski (20, U.S. #1 under 22), Adam Hugh (17, U.S. #1 under 18 boy), and Judy Hugh (15, U.S. #1 under 18 girl), did not go.

Was this the fairest way of choosing a team? Yes. Was it the best way to choose a team with the potential to develop into medal contenders? Probably not. Unless they were top world-ranked players, Chinese coaches probably wouldn’t have selected anyone over age 22. One option is to have either a separate “youth” team made up of under 22 players who train as part of the national team. Many countries already have these, but these players, along with older players who can challenge the best players in the world, need to be the focus.

The Chinese train long and hard. Typically they do seven hours of training each day – both table play and physical training away from the table. In the mornings, they normally do physical training away from the table, and serve practice. There is a morning and an afternoon training session, usually six days a week. (Training includes both regular practice with a partner, and multiball training with a coach. This is the same for most countries.) Some players play extra practice matches at night or on off days. Players generally get 12 days off per year, although they also get rest days after major tournaments (which often are travel days).

They normally focus on training from November to April, and with more tournaments the rest of the year. During Cheng’s years on the team, this was more clear-cut, but now with the ITTF Pro Tour and various leagues, there is more and more year-round competition.

Hardbat Table Tennis - What is it? Can I still use a hard bat? Find out here In the early days of table tennis, the table…