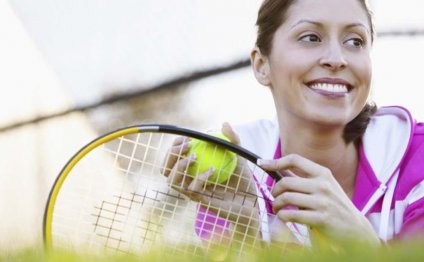 Consider the difference between holding a knife (shakehand) and a pencil (penhold):

Knife - Your palm is wrapped around the base and the object is aligned between your thumb and index finger. Your power is derived from this stable grip (ironically, it is not shaky) and you can cut consistently straight angles. But it would be tough to draw a detailed portrait with a knife gripped like this. The key is that the angle is controlled only by 2 fingers (thumb/index).

Pencil - Your thumb and index finger are wrapped around the front of the object, while your other 3 fingers provide support on the flip side. This ratio gives you the most precise control of the angle, and having all 5 fingers involved near the racket surface provides a closer sense of touch with the point of contact. The 3 fingers on the backside can actually feel the direct vibration behind a forehand shot:


The different grips effect the flexibility and power of certain movements. Until the reverse backhand technique was invented, the penhold backhand was at a major disadvantage. It is simply hard to achieve this kind of shakehand backhand angle:
Traditional Penhold Backhand:


Notice that the elbow in the traditional penhold backhand is inhibited and close to the body, thereby limiting the power of being able to swing the forearm fully outward while maintaining a stable axis. Also, transitioning from a penhold forehand to a traditional backhand would require a 180 rotation of the racket surface, whereas a shakehand forehand naturally uses both sides readily. On the other hand, the penhold grip is more sensitive to angles and can generally develop more deadly ball placement.

Though the reverse penhold backhand technique has largely closed the gap at the professional level, it is difficult to master and still a major deterrent for beginners. Until mastery, penholders can overcompensate for the backhand disadvantage by emphasizing a stronger forehand and as a result, are required to have exceptional footwork in order to maintain forehand coverage. Given two students with the same time committed, a shakehand player has to "diversify" as a balanced two-wing player and devote significant time to both sides, while a penhold player can concentrate on forehand and footwork. The world's best players have been comprised of both grips, with neither style being inherently better than the other. Every player must simply choose which personal strengths to maximize.

A more interesting question is, how does the grip style effect the style of the player's strategy (ie zerg vs protoss)?

Because shakehand players are more comfortable with both backhand and forehand, they tend to evolve into two-winged loopers that enjoy long rallies from far distances. The distance buys them more time and makes up for their footwork speed. They are the "tennis" players that try to build a gradual advantage throughout the point.

Penholders are "table" players because their forehand will aim to be more deadly early on in order to discourage rallies that pressure their two sides. They specialize in serve & kill sequences and therefore spend more training time perfecting their serves. As the rallies escalate and the speed of the ball forces both players to far distances, penholders will have to cover a wider range in the "outfields." Even very able footwork will find this difficult, and even the reverse penhold backhand will struggle from far distances. Penholders tend to be very tactical upfront, are more exploitative of angles, and perhaps even more risky on the level of individual shot selection.

To highlight the Starcraft analogy, penholders are more like Zergs in the early-game / rush sense, and shakehanders are more like Protoss going for late-game tech showdown. Defenders (also shakehand) would be like Terran in their slow and steady macro conquest. To be clear, players can choose to execute any strategy with any grip. History has favored the level of skill you attain rather than the style you choose. But even more important, the environment in which you compete and learn from will have the biggest impact.