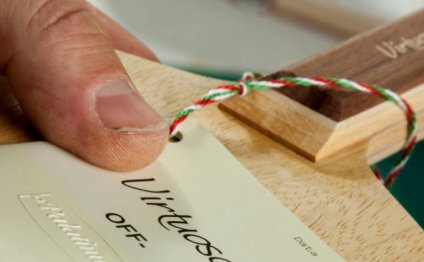 A couple of the other answers here have mentioned the difference between a pre-made and custom-made bat. This is important to get your head around, but would like to suggest that it isn't as simple as it might seem.

For many years now I have been recommending the Palio table tennis bats to all my beginners. These come pre-made - meaning they don't have to worry about choosing rubbers and blades from the thousands of different options - but are made using custom-made quality rubbers which are then glued together like a custom bat.

How an OSP table tennis blade is made series - the handle