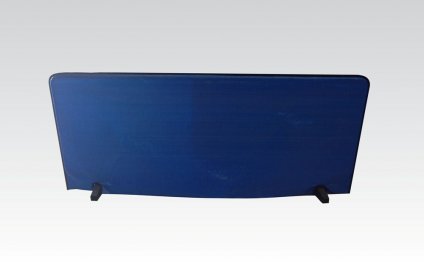 Table tennis is believed to have been first played in a rather crude form in China some hundreds of years ago, but there is no doubt that the present game as we know it emanated from England where at the turn of the 20th century it was well established as both a sport and a parlor game.

In those early days the equipment was quite different from that used today. The racquets, as they were termed, were long handled, something like a miniature broomstick and the bat surface was vellum. The balls were all very light in weight and varied in color. Wooden bats were introduced just prior to World War 1 and in the following 25 years, the bat surfaces changed successively from plain wood to wood with a sandpaper surface; then cork surfaces and finally wooden bats with a pimpled rubber surface with the rubber of a type similar to that used in those days on cricketers’ wicket keeping gloves. For many years the rules provided that the bat could be of any shape, size or material.

Scientific development of the balls followed and strict rules were laid down regarding the weight and bounce of the ball and its color was limited to white. Today it may be white, yellow or orange.

In the mid 1950’s came the most startling development of bat surfaces with the arrival of the Japanese on the international scene and they introduced plywood bats with sponge rubber surfaces, which today have been refined to limit the thickness and color of the sponge rubber. The idea of using rubber is to impart spin, which in turn enables much better control of the ball.

But the rules themselves have changed very little since the early 1920’s and rules are not to be confused with local regulations regarding match play.

Australian teams have been competing regularly at the World Championships since 1954. The sport of Table Tennis was introduced into the Commonwealth Games from Year 2002. Australia has table tennis representatives competing at the Olympic Games.

South Australia’s first table tennis Olympian was Paul Langley (Brighton Club), who competed in the 1996 Olympics in Atlanta. He retired from top competition in 2002. Paul had moved to Melbourne at age of 18, to further his table tennis and was a member of the Australian TT Academy under Australian Coach, Zhou Lan Sun.

Around that time South Australia’s William Henzell appeared back on the Australian scene. At the age of 14 years of age, he had moved to Sweden to further his table tennis. William won his first Australian singles title in 2001 and has continued to perform well, winning five singles titles and numerous doubles titles and excelling in Oceania and Commonwealth Championships.

How to use Grip Tape for Table Tennis Bat?