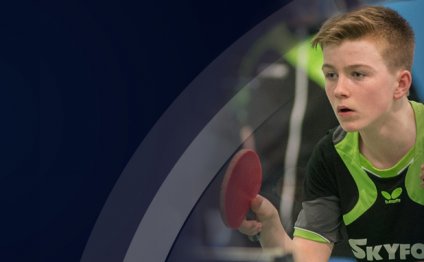 The Lawn Tennis Association (LTA) is the national governing body of tennis in Great Britain, the Channel Islands and the Isle of Man. The organisation was founded in 1888 and seven-time Wimbledon champion William Renshaw was elected as its first president.

As the governing body, the LTA’s overall purpose is to grow and sustain the sport. The success of British tennis is tracked by five headline measures of success: 1. Number of members of registered places to play 2. Number of British tennis members 3. Number of regularly competing juniors 4. Number of International A Matrix juniors 5. Number of players in the top 100. These measures of success gives a regular snapshot of the impact of work the LTA does and helps the organisation understand through trends the progress over a long period of time. The LTA’s focus is to develop participation growth to help more people play tennis. The approach to growing participation is based on investment in four main areas: 1. Places – Investing in places to play at parks, clubs, schools and tennis centres 2. People – Supporting the people who make tennis happen, including coaches, volunteers and club officials 3. Programmes – Developing programmes including LTA Mini Tennis, Cardio Tennis and Tennis Xpress 4. Promotion – Bringing together the places, people and programmes to show how tennis is a fun affordable, family sport which is a great way to get fit

The National Tennis Centre (NTC) is located at Roehampton in south-west London not far from the All England Club in Wimbledon. It opened in 2007 and is a focal point for Britain's top players. It has 22 courts, player accommodation and a sports science centre.

Hard Courts: The NTC's 12 acrylic courts are a GreenSet Grand Prix Acrylic surface. The indoor courts have a sprung timber sub-frame, while the outdoor courts are laid directly on asphalt. This GreenSet surface is used at many international tournaments including Davis Cup, Fed Cup, WTA and ATP Masters Series events.

Clay Courts: The National Tennis Centre boasts two different types of outdoor clay courts which have been designed to brave the elements of the UK climate and allow for the longest possible clay court playing season and maximum use. 4 Northern European Clay Courts (These are identical to the courts used at the Båstad ATP Tennis Event in Sweden) and 2 FRENCH-COURT synthetic clay courts.

Grass Courts: The LTA consulted All England Lawn Tennis Club head groundsman Eddie Seaward to advise on the installation of its four outdoor grass courts. The quality and playing characteristics replicate those found at the Wimbledon Championships.

Along with its 22 tennis courts, the NTC is equipped with a state-of-the-art gymnasium, outdoor sprint track, hydrotherapy, plunge pools and relaxation 'egg'. The NTC has overnight accommodation for up to 54 people, along with a player lounge and recreation room.

The LTA is also responsible for administrating and implementing tennis coaching at all levels in the UK. The current structure is as follows: