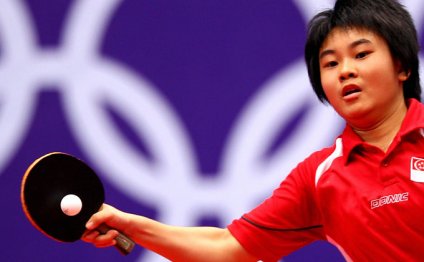 Authority: BTTA and Development Officer, Jemmy H. Watanabe, will be responsible for the success of the organization of competitions. Shelly Ingereklii will be the Tournament Director. The Referee will be Rimuu Watanabe and the Head Umpire will be Korang Watanabe and all past and present National Team players designated by BTTA Development Officer will be other officials. ITTF rules, BTTA and PNOC visions, goals, and objectives will applied in these events.

Representation: Representatives of all Teams whose players are taking part in these Championship events shall be entitled to attend the draw and shall be consulted on any alterations to the draw or any decisions of appeal that may directly affect their players. All Teams shall have one representative nominated to the Technical Committee.

Entries: All Teams shall nominate and submit their team members of one manager, 2 coaches maximum, one technical representative, and 5 players male, 5 players female maximum to the organizers or to PNOC office no later than March 9 at 3 o'clock pm. All entries nominated by the team shall be accepted but the organizers shall have the power to allocate entries of players to a qualifying competitions, BTTA Development Officer will take account of the existing BTTA ranking lists. Only Palau citizens will play in this competition.

Event: 6th Belau Games "Table Tennis Championships" shall include: Team Events, Doubles, and Singles. Individual events, other than in qualifying rounds, matches shall be the best of 5 games. All semi-final and final matches shall be the best of 5 games. 12 entries or more, the combination knockout and round robin format will be used. In team event, a team shall consist of 3 players and played best of 9 matches, all singles, and the order of play shall be: A v X, B v Y, C v Z, B v X, A v Z, C v X, A v Y.

Match Officials: Rimuu Watanabe will be the tournament Referee. All intermediate junior players are qualified to umpired games. Referee will assigned an umpire and assistant umpire before each match.

Equipment: Stag table tennis tables with blue color playing surface, blue net assembly, blue court surrounds will be used for the competitions. Stag 3 stars orange ball will be the game balls. The covering material on a side of the blade used for striking the ball shall be of a brand and type currently authorized by the ITTF. BTTA Development Officer has the power to decide except ability of the blade and racket.

Clothing: Playing clothing shall consist of a short-sleeved shirt and shorts or skirt, socks and playing shoes; other garments, such as part or all of a track suit, shall not be worn during play except with the permission of the Referee. The main color of a shirts or shorts, other than sleeves and collar of a shirt shall be clearly different from that of the ball in use. Clothing may bear numbers or lettering on the back of the shirt to identify a player, his team and advertisements in accordance with the provision of ITTF Clothing Regulation * 3.2.4.9. Any numbers required by organizers to identify a player shall have priority over advertisements on the center part of the back of a shirt; such numbers shall be contained within a panel having an area not greater than 600 cm2. The players of a team taking part in a team match, and players of the same team forming a double pair, shall be dressed uniformly with the possible, exception of socks and shoes. Opposing players and pairs shall wear shirts that are of sufficiently different colors to enable them to be easily distinguished by officials and spectators.

Preparation: Practices, venue, and equipment can be arrange, assist, and provide by BTTA Development Officer.

Double event: Combination knockout and round robin of men's/women's doubles and mixed doubles.