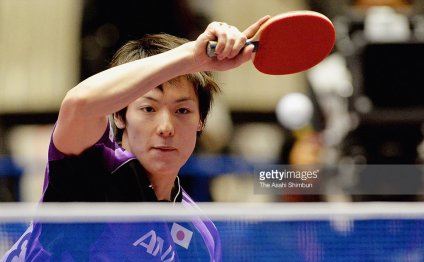 Over the span of eight days and countless points, games and matches contested by players representing 100 national table tennis associations from around the world, the gold medalists for each of the 5 major events were decided: Men’s Singles, Women’s Singles, Men’s Doubles, Women’s Doubles and Mixed Doubles. Courtesy of the International Table Tennis Federation, we bring you the match highlights of the finals for each of these 5 events.

The match to decide the world’s best table tennis athlete came down to two players who traveled different paths to get to this moment. Ma Long, the current world’s number 1 ranked player who was (2009, 2011, 2013) stopped in the semi-finals of the three previous worlds finally made it to the finals against country mate Fang Bo. Fang rode the upset train all the way to a date with the world’s #1 by beating the world’s #2 Xu Xin (Round of 16) and superstar Zhang Jike (Semi-Finals). The match between Ma and Fang produced many championship worthy moments:

No surprise here as the number 1 and number 2 seeds and the two best women in the world met on the world stage. Liu Shiwen defeated the reigning World and Olympic Champion Li Xiaoxia in the semis to reach the finals. Ding Ning had to dig down really deep in the Quarter-Finals (Wu Yang) and Semi-Finals (Mu Zi) as she came away with two grueling wins that went the 7 game distance. The moment of the match and perhaps the entire championships was the freak ankle injury that Ding sustained in game seven, which resulted in an extended time out. Find out what happened in the match highlights: