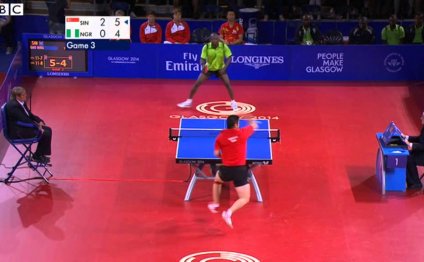 It has been announced that table tennis will be a part of the most extensive integrated para-sport program in history for the Gold Coast 2018 Commonwealth Games.

Following the announcement, ITTF President Thomas WEIKERT stated:“It is great that Para Table Tennis is making its return to the Commonwealth Games for the first time since 2010. It is a fantastic initiative from the Commonwealth Games Federation (CGF) to have Para athletes integrated with able bodied athletes, which is something the ITTF has done at previous events.”

President of the CGF Louise Martin CBE said:"With the largest-ever number of para-sport events in Commonwealth sporting history, we are thrilled that Gold Coast 2018 will deliver an ambitious and welcome growth for the inclusive and integrated para-sport competition, first presented at a Commonwealth Games in Manchester 2002."

“Today’s announcement ensures that the next edition of the Games will enable sports fans in Australia and across the world to support a record-breaking number of para-athletes at a Commonwealth Games”.

There will be 300 para-athletes and 38 medal events across seven sports to be showcased at the Gold Coast 2018 Commonwealth Games.

This is an increase of 45% more athletes and 73% more medals compared to the record-breaking para-sport competition at Glasgow 2014.

Apart from table tennis, other sports being contested by para-athletes at Gold Coast 2018 are Athletics, Cycling (Track), Lawn Bowls, Powerlifting, Swimming, and Triathlon.