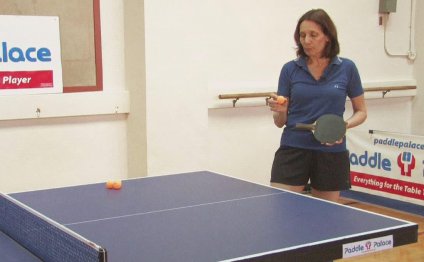 What are the rules of Table Tennis?

Table tennis is a sport that is generally dominated by nations in Asia, particularly China and Korea, although in para table tennis a number of the world’s best players are European with Ukraine, Poland and Germany particularly strong.

Great Britain’s table tennis athletes went into London 2012 after three years under the guidance of Performance Director Gorazd Vecko, who was recruited by the British Table Tennis Association for People with Disabilities (BTTAD) following a disappointing performance by the sport in Beijing where it failed to medal, having consistently won at least two medals in the previous four Games.

Vecko brought with him a new dynamic regime, even making it possible for some of his players to move to Sheffield to train at the new EIS Performance Centre by sharing his house with them. The plan paid dividends in London, with the team bringing home four medals, including silver in the men’s class 7 singles for Will Bayley and bronze for Paul Davies in the men’s class 1 singles

In October 2015 the team enjoyed its most successful ever European Championships with 11 medals, including two golds for Rob Davies, who retained his individual title and successfully defended the men’s class 1 team title with Tom Matthews. In December 2015 Davies also regained the World number one ranking in men’s class 1.

In addition to its 14-strong Performance Squad the GB Para Table Tennis Team now has a thriving Pathway programme which is designed to identify and train young athletes with the potential to win medals at World and Paralympic level.

Para table tennis follows the laws set by the International Table Tennis Federation (ITTF) with only slight modifications to the serving laws for athletes competing in wheelchairs. Each player aims to hit the ball over the net on to the opponent's half of the table and wins the point if they fail to return it successfully.

A match is played over the best of five sets, with each set won by the first player to reach 11 points. A two-point winning margin is required to win each set. The server changes every two points.

In Rio, the team events will be played over the best of three matches - starting with a doubles and then one or two singles matches to decide the tie

Athletes with a range of impairments can take part and there are 11 different classifications: 1-5 for those competing in wheelchairs, 6-10 for those who play standing and 11 for standing athletes with a learning disability.

THE KINGS OF TABLE TENNIS

LUNCH TIME: These Are The Best Table Tennis Shots Of 2011

what are speciality for future in the table tennis ?