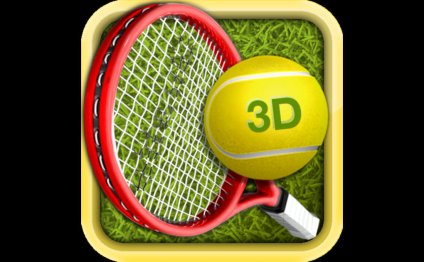 Table Tennis began, like so many other indoor sports as a miniaturised version of another popular sport during the latter part of the 1900s. In short it was originally just another parlour game designed for Victorian children and families.

Although Jaques and other manufacturers have claimed to have invented the game, these assertions are no more than typical marketing hyperbole. Several works clearly imply that a home-made form of the game was being played on dining tables during the 1870s by Victorians - using battledores and whatever was to hand for a net (a line of books is a favourite quote). This theory is muted by a lack of evidence but the earliest factual claim found by the author is from a book by Gerald Gurney in which a Ping Pong postcard is mentioned with a date of 1878.

Various non-physical games entitled Table Tennis have muddied the historical waters around the same time as the genesis of the game in question. A 'Tiddleywinks' game involving counters on a small board that were flipped backwards and forwards over a low net. was published in 1895 in England by Thomas Chell [as first revealed on this web page] but the earliest such item is also the earliest documented reference to the term - a board game entitled 'Table Tennis' is in the 1887 Parker Brothers (USA) catalogue.

The first 'physical' parlour Table Tennis turned up in 1890 as part of a compendium of similar Table games patented by an Englishman called David Foster. The game was a beautiful example of the detail of such parlour games featuring miniature strung raquets, a rubber ball covered in cloth, a net strung across the centre of the court and two much larger nets on either side to prevent the ball straying off the table.

A similar idea was first produced one year later in 1891 by John Jaques, the venerable games maker, best known for Croquet and Chess. They produced a game called 'Gossima' (trademark registered in 1890) which featured a net strung between 2 brass posts that clamped to a table, a cork ball and 2 battledores of a similar type to those used for Battledore and Shuttlecock.

Around 1900, Jaques re-released the game with the title 'Gossima or Ping Pong'. The name 'Ping Pong' is the cause of some debate among historians and there have been a variety of contradictory claims made for it. The earliest dated use of the term is the postcard mentioned - 1878. On the new Jaques game, Ping Pong was almost written as an afterthought in smaller writing. Soon afterwards, Jaques changed this to 'Ping Pong or Gossima' with the emphasis and larger text now on the Ping Pong and before long, Jaques dropped the name Gossima altogether. Various other texts make it clear that 'Ping Pong' was a phrase in general popular use well before 1900 and so it seems more likely that Jaques were persuaded to the term by the people rather than the other way around.

From 1900, the game suddenly took off and at this juncture Jaques were just one of several manufacturers producing versions of Table Tennis. Other versions were called Netto, Ding Dong, Pim Pom and Parlour Tennis. F.H Ayres produced a game called 'Table Tennis' and Slazenger were making 'Whiff Whaff'. Over 100 years later, the major of London, Boris Johnson, claimed in a speech about the 2012 Olympics that "Ping Pong is coming home" because it was invented by the British in the 19th century and "called whiff whaff". Although the thrust of his assertion was correct, the reference to Whiff Whaff is a lesson to everyone that you shouldn't believe everything that you read on Wikipedia...

The example of Whiff Whaff to the right is by kind permission of the author's friend, Richard Ballam. The game used vellum bats.

The success of the game from 1900 is almost certainly down to the use of better equipment. During 1900 James Gibb from England discovered that a ball made from celluloid was a great...

Virtual Table Tennis™ is the only one based on 3D PHYSICS and supported ONLINE MULTIPLAYER Table Tennis game. Main features:…