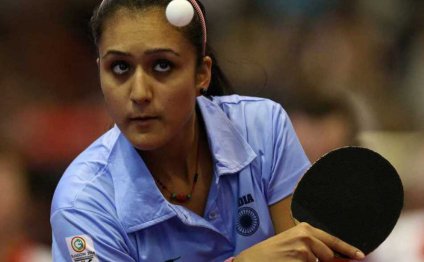 William Henzell is a fast playing Australian, originally from Adelaide. William has represented Australia at 8 World Championships and 2 Olympic Games and earned a silver medal at the 2006 Commonwealth Games. His highest world ranking was 108 in 2010 and is considered a player with remarkable quickness and athletic ability. He is the reigning champion of Australia and Oceania and a fierce competitor with his eyes on gold.

One of the JOOLA Team’s finest, Trevor Runyan is on a mission to become America’s top table tennis player. Only twenty-two years old, Runyan has a vast list of accomplishments in the world of table tennis. In addition to playing a vital role on the US Junior Team, Runyan played professionally in Germany, helping his team to become Division Champions. Runyan is also an experienced hardbat player with 5 US National Championships and US Open Championships under his belt. Runyan recently enlisted in the US Air Force and will be departing for boot camp shortly after the event. He is ready to defend his nation’s home turf.

Ernesto is the Phinational National Champion and is the top ranked player and national champion of the Philippines. His rise to success started at a very early age as he began playing for the National team at only 13 years of age. Furthermore, Ernesto was the champion of the NCAA at Mapua Institute of Technology before becoming the National Champion. Ernesto and Manny Pacquiao are considered the greatest athletes in the history of the county.

Michel’s powerful style of play has propelled him to the current world ranking of 169 and is widely considered the top player in France. His last three club teams include Cestas, Istres and Angers (first league). He has won the Flanders Open this year and also won the Luxembourg Open. His favorite artists include: Michael Jackson and Rihanna.

A dominant presence in the Latin American Table Tennis community, Madrid was nothing short of dominant at the 2010 Central American and Caribbean Games, winning the gold in Men’s Singles, a bronze in Men’s Doubles, a silver in Mixed Doubles, additionally Madrid is a four time Mexican Table Tennis Champion. He is currently ranked number 247 in the world, and is presently living and training in China.

A menacing figure at the table, Jae Hyun Lim, coming all the way from capital of South Korea, is ranked in the top 50 players in all of Asia, the breeding ground of some of the best players in the world. With his discipline, stamina, and long reach, he aims to be one of the top contenders in this year’s 2011 World Championship of Ping Pong.

Mikael Appelgren is one of the most accomplished table tennis players in the world. He boasts an impressive resume with 4 World Championships, 9 European Championships, two-time Europe Top 12 Winner, and World Cup Champion. He is known for his left-handed play, and his ability to play away from the table. This particular style of play became so synonymous with Appelgren that it became known as ‘appleing’, as he was the first professional player to execute this style on the world stage with immense success.

Within Table Tennis circles, Shmyrev is known for his sportsmanship and his great sense of humor. Shmyrev began his carrer in Germany and trained at Borussia Düsseldorf. He played for German first- and second league clubs as well as impressive stretch with the Russian National Team. Shmyrev is currently ranked 109th in the world and has recently become the Butterfly Sports Director in his home country.

Min is a young prospect from Taiwan, who already has a Junior Championship under his belt, has competed in the German Second Division playing for TV Hilpolstein and in 2010 competed in the Belgian Super League.

Paul is the highest ranked British player in the game today and the current English Champion. He is considered the best up and coming prospect in the sport and has finished second in the BBC Young Sports Personality of the Year Award. Paul is the Champion in every age group so far that he has is eligible to compete in – Under 10, Under 11, Under 12, Under 14, Under 17, and Senior Men. Paul became the youngest player since Chester Barnes to win the English Senior Men’s title and won the China Open under 21 Gold. He is expected to be the top medal prospect in the London 2012 games.

Leibovitz, born in Israel and a resident of Queens, NY has one of the most interesting backgrounds in all of professional sports. He has been playing in professional international table tennis competitions since 1995 and has been competing in the Paralympics Games since 1996. Tahl has won medals in virtually every Paralympics table tennis category as well as nine gold medals at the Parapan American Games since 2003. He has one the New York State as well as the ACUI Collegiate Men’s Doubles Gold Medalist.