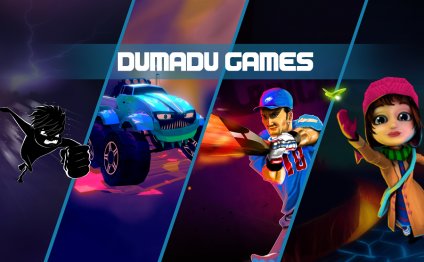 World Cup Table Tennis HD. A #1 game in 94 countries. And of course, the #1 Table Tennis game on the iPhone/iPod touch and iPad.

PRAISE FOR WORLD CUP TABLE TENNIS
“Quite addicting.” - Macworld
“Ball-bashing Fun for All…” - AppScout
“World Cup Table Tennis by Skyworks is the addictive classic game in 3D and great new addition to world of sports applications. This game will test your reactions…” - Product-Reviews.net
“Having spent some time playing the game, I applaud (Skyworks') efforts as I had a blast playing the game.” - NineOverTen
“Skyworks Interactive cranks out another hit with World Cup Table Tennis!” - SlapApp
“The game really tops everything else and brings realistic sounds from your garage to your iPhone.” – AppBite

Are you the master of the paddle? The ninja of the backspin? Do you have balls of fury? Then World Cup Table Tennis HD from Skyworks is the app for you!

Grab your headband, matching track-suit and paddle and represent your country’s colors in some classic table tennis action with WORLD CUP TABLE TENNIS™ HD from Skyworks®, creators of the best quality and most fun sports games on the iPhone/iPod touch! It’s the fastest sport on a table, and now it’s right here on your mobile device. Feel like a pro, concentrating to catch the corners with each shot. Be precise, even the slightest mistake can lose the game and let down your entire country.

And check out our Speed Slider which allows you to slow down or dramatically speed up gameplay, making World Cup Table Tennis HD even more exciting!

If you like this game, UPGRADE to the full version of WORLD CUP TABLE TENNIS™ HD and get:
- 40 countries from the Americas, Europe, Asia and the Middle East
- 20 paddles, each with different physics and game play, such as the 'Reptile', 'Scorcher' and 'Crush'
- Many tables such as 'Burn' and 'Dragon'
- Many balls such as 'Chrome' and 'Skullz'
- Trophy play in quarters, semis, and the finals in Tournament Mode! Choose which country you represent.
- Gold Cogs, which are earned with each win in Career Mode or with each tournament win in Tournament Mode. Use the Cogs to unlock more paddles and countries or to “power-up” existing paddles. Gold Cogs can also be purchased.
- 35 achievements in Game Center
- Local and global score boards
- Ability to play your Music from your iTunes play list
- Ability to challenge friends via email
- Facebook connectivity

This game is extensively addictive and keeps you on your toes the entire time you play it. The graphics are beautifully designed and the display is fantastic. This virtual table-tennis application has many controls and you can adjust things according to personal needs; for example, ball speeds. If you purchase the full-version, you can choose the perfect equipment for yourself and even play head-to-head with someone! Beautiful app; I highly recommend it to anyone who enjoys virtual games!

It's not a bad game but this is not how Table Tennis is really played. There are some restrictions space wise and the paddle is unable to reach certain areas because of the way the game is programmed. There is also no backhand and the game is created so that certain paddles will allow spin instead of any paddle. Some paddles are also pipped instead of having smooth rubber, which is not particularly bad, and when serving there is no control on where the ball can go and the serve is also too high. The ball also does not get tossed. The programming and graphics are decent though and it can be addicting and fun. Even though I deleted the app.

It is a good game but it seems to be having a a problem. The first round is so easy, you hit a ball you win. Boring!!! But whenever you hit it in the second round the ball goes right through your paddle. Then when you get to the third round of the game it glitches every move you do. It always curves so you can't get it. The game gives the other team the point for everything and you for nothing. When the other team, messes up they get the point anyways. So not cool!!