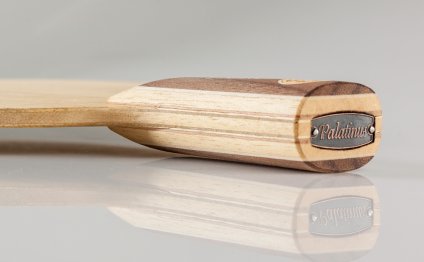 A group of friends and I have recently started playing some casual table tennis and it seems we all remember different rules from our childhood.

This is a very friendly game in the neighborhood but with 15 participants we can't seem to agree on the very last aspect of the game which is game point.

Background:
We are playing what is probably considered the old fashioned way where you need 21 points for a win and the serve changes after every 5 serves.

We play the 7-0 skunk rule just for the sake of embarassing our friendly opponents.

As you can tell, we are not very serious but that doesn't mean we don't want to follow the generally accepted rules of the game.

What are the rules for game point?

In my childhood we always played where the person reached 20 points could not serve game point and service went to the losing opponent.

In other words, even if the game was 20-6 the person with 20 points would never get a game point serve unless the game went to deuce, at which there was a different set of rules.

I don't think that this is a true table tennis rule but instead just a way to give an advantage to the losing opponent to try and give them a chance to come back.

But, can you tell me if there is anything different about game point and who gets the serve?

Also, several of the people in our group take the game point service one step further and say that the losing opponent cannot lose a point on a bad serve (example: hitting into the net or off the table) and they believe that the server must make a valid serve (bounces once on their side, clears the net without being a let, and bounces one time on the opponent side) to start the game point.

Is there any rule that says game point cannot be lost on a bad serve?

Thanks for your question.

The rules are exactly the same for game point as they are for any other point.

Each player has two consecutive serves (five in the old 21up system), so if they happen to be serving at game point ... all the better for them!

The service rules are also exactly the same for game point as they are for any other point.

As soon as the server has deliberately thrown the ball upwards, the ball is "in play", so if the server does not make contact with the ball, or otherwise makes a foul serve, he loses the point.

How To Rules Of Table Tennis