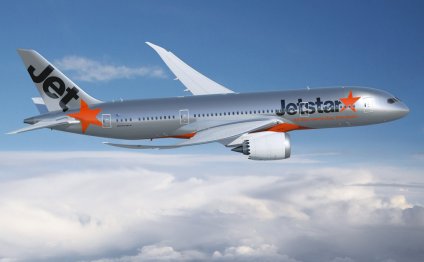 Table tennis, an Olympic sport, is commonly known as ping pong in China, Hong Kong and Taiwan. The ping pong ball is completely hollow. It had been made mandatory that the diameter of the ping pong ball should be 40 mm and the weight should be 2.7 gram.

Originally, the diameter of the ping pong ball was 38 mm. At the end of 2000, the International Table Tennis Federation (ITTF) changed the rules and officially announced that balls with 40 mm diameter alone should be used. The ITTF took this decision to popularize the sport of ping pong, in view of the increasing popularity of television as the most sought after medium of sports viewing. The higher diameter of the ping pong ball effectively increased the air resistance for the ball, thus slowing down the pace of the game significantly.

Another reason for the decision of the ITTF in increasing the size of the ping pong ball was the usage of higher thickness of the fast sponge layer on the bats by the players. This made table tennis a very fast game, making it difficult for fans to closely follow the game on television. The 40 mm ball was first introduced at the 2003 World Table Tennis Championship.

Of late, another variation in ping pong balls had emerged. ‘Large ball ping pong’, using 44 mm balls is being considered as a further alternative, since many people believe that ping pong is still played at a very fast face. Even players, who have difficulty in playing against the extreme spins generated and tremendous speeds of the smashes, tend to prefer 44 mm balls as the best alternative, to slow down the game further and make it more enjoyable.

The ping pong ball is governed by Newton’s Laws of Motion. Still, several players create a heavy spin on the ball, which could be studied only through the Magnus effect on the ball. When a player imparts a spin on the ball, the Magnus effect brings in a whole new dimension to the game. This effect helps the player to execute successful shots that would not be possible if the player used only the Newtonian projectile motion. It has been observed that certain world class players had imparted spins on ping pong balls that were around 9, 000 revolutions per minute.

When a ‘World Fastest Smash Competition’ was conducted, Lark Brandt, a little known New Zealander, won the competition with a record smash speed of 112.5 kilometers per hour. However, the competition was held with 38 mm balls, since 38 mm balls had greater density than the 40 mm balls. This made them easier to be picked up by the sports speed radar gun, which was used to measure the speed of the smash. The ping pong balls were dropped vertically to the ‘smasher’ in this competition. Lark Brandt beat several top ranking junior players of the world, included players from Japan, China and Chinese Taipei. The person getting the second spot in the competition had a smash speed of 107 kilometers per hour.