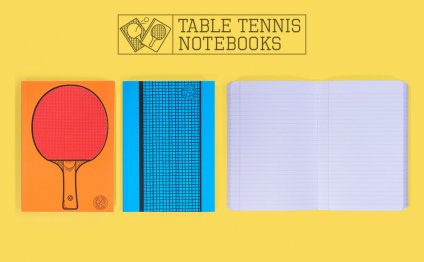 This weekend (Jan 24/25) sees the televised finals of the World Championships of Ping Pong (WCPP), where 64 of the world’s best sand-paper bat players take part in a two-day tournament at Alexandra Palace, with a substantial prize fund on offer.

England will be flying the flag with several of our players picking up their sand-paper blades, including Andrew Rushton, Andrew Baggaley, Chris Doran and Kent veteran Joe Kennedy. There are also some big international names playing, none more so than Russia’s Maxim ‘Magic Max’ Shmyrev, who returns to defend his title.

In the commentary box for Sky Sports will be Colin Wilson, who was ranked as England’s No 1 at Under-13, Cadet and Junior levels; won two silver medals at the Commonwealth Championships in Edinburgh in 1979 and is currently on the Board of Table Tennis England. He has also been seen recently playing with a sand-paper bat at a few events.

So is this a return to table tennis in its purist form…..or is sand-paper best left in the hands of the DIY enthusiasts? Love it or loathe it, the weekend at Alexandra Palace has captured the imagination of the sport and its players.

Here Colin looks at some of the issues facing the players in the World Championships of Ping Pong.

Lots of things are the same between Ping Pong as played in the WCPP and Table Tennis as we know it under the ITTF rules. But there are three crucial differences that make all the difference! The things that are the same include the table, the net, the ball, the flooring, the lighting and the court size (in terms of international table tennis competition standards). So non-players often ask why it is so different? Here are my top three reasons:

1. The bats: The bats for the World Championships of Ping Pong have no modern rubber or sponge on them. They are made of wood, like modern bats, but are then covered only with very fine blue sandpaper, as the leading bats were, when made in the days before modern rubber technology. So the crucial difference is a simple but amazing thing about friction between bat and ball on contact during the stroke. In modern table tennis, the rubber on many of the bats has incredibly high friction, enabling a ball to enter the bat at up to an 80-degree angle, and yet bounce back in the direction it came from! These rubbers offer even more mechanical grip than a Formula 1 slick car tyre, with prices (per square centimetre) to match. This makes table tennis a fantastic, fast, dynamic sport as the players learn to control and express amazing amounts of spin. Against a lesser player, a good modern-day high-friction bat specialist will create more spin than the opponent can handle, forcing errors of technique in the opponent; also they will create a lot of deception in each stroke, so that the opponent is led to believe there is one spin, when in fact there is another spin actually on the ball’s rotation, forcing an error of perception, rather than an error of technique (rather like a magician’s illusion forces an error of judgement in the eye of the audience). This is amazing to study when watching modern day table tennis, and makes the players into incredible physical and mental athletes.