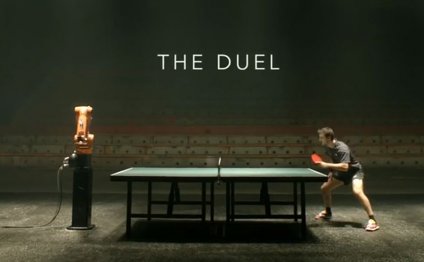 Initially, the names Ping Pong and Table Tennis were fairly interchangeable. However, with fears about Trademark disputes arising, the governing body of the sport the International Table Tennis Federation (ITTF) preferred ‘table tennis’ when standardising the rules of the sport.

In 1901, the Table Tennis Association and rival Ping Pong Association were formed four days apart in England. The two merged in 1903, before dying out in 1904.

Today the sport is split in two. the serious players exclusively call their sport table tennis, with many taking offense at the title ping pong, concerned that the onomatopoeic frivolity of the latter is detrimental to the image of the sport.

Meanwhile, recreational players tend to use either ping pong or table tennis happily, worrying less and concentrating their energies instead on having some fun. The looser, more accessible nature of the social game has lead to subtle variations played by different groups to suit local conditions and trends, whilst the official rules of table tennis can only be changed by the ITTF’s biennial general vote among 186+ members. Many of these rule changes have been enforced to combat the rapid advancements in speed, spin and control over the last 70 years, attempting to improve the live and televisual spectator appeal of the sport.

Ping pong, table tennis, what does it matter? Find a table of some sort, fashion some rackets and have some fun playing a game that can be enjoyed just as easily by first-timers as experienced players….

The game of table tennis at its most basic. One-on-one up to an agreed number of points and games until someone comes out the winner.

The basic rules of table tennis are usually shared by ping pongers, but the more arcane and fiddly ones are often filtered out, stripping the game back to something closer to the Victorian original.

Each point starts with a serve, which has to hit the table on both sides of the net. Every other shot has to get over (or round) the net and hit the other side of the table. A point is won when your opponent fails to get the ball back.

Competition table tennis has some reasonably complicated rules, particularly around the servive shot. Ping pongers tend to largely ignore these, and wherever two casual players meet there is usualy an implicit understanding of the rules of play (perhaps augmented by the ocassional heated argument). Just as pub pool tables often have a piece of paper stuck to a nearby rule outlining the official rules, studiously ignored by players who negotiate the rules more socially, so it is with ping pong.

A few examples of these negotiable rules include:

Service:
A table tennis serve has to be thrown upwards six inches from an open palm and hit from behind the baseline (the end of the table). A ping pong serve will often be hit straight out of the hand from a few inches over the table. Some players find it easier to drop the ball onto the table to start, rather than hitting the ball down.

Scoring:
Table tennis has for decades now been scored to 11 points, with players taking two serves at a time. Many ping pongers still prefer the longer format of 21-up, five serves alternately.

Deciding the server:
Table tennis umpires at the top level decides the first server with a coin toss. At the lower competitive level, it is customary for the umpire (or one of the players) to hold both hands widely separated below the table and ask one player to guess which hand contains the ball. Ping pongers almost universally prefer to ‘play for the serve’ (a.k.a. ‘throw for the serve’) – a single point, usually started by ‘throwing’ a serve from the hand, and which must last at least three shots before the winner gains the (choice of) first serve.

An interesting variations of ‘throwing for serve’ that we’ve come across amongst East London’s Ghanaian community sees a player shout ‘service’ during a point of the warm up. Both players continue their efforts to win the point, but it is the loser who goes on to take the first serve.

Volleying
In table tennis, you can’t hit the ball before it bounces. If you do, it’s a point to your opponent. However, a ball that’s in the air beyond the end of the table is already dead – the person who hit it loses the point. In ping pong, touching a ball with your bat pretty much any time before it hits the ground is likely to have your opponent claiming the point for a volley. Good luck in the ensuing argument.

Two-on-two action. Again, the world’s ping pongers tend to strip out the more complicated table tennis rules. In particular, the correct order of serving (for teams A and B: player A1 to player B1, then B1 to A2, A2 to B2, B2 to A1 and repeat). The other important rule of table tennis doubles is that once the point begins, players should take alternate shots. Oddly enough, this one can make the game more enjoyable for casual players, so it’s adopted as often as not. It adds a tactical element to play but also stops a stronger player from taking an unfair share of a partnership’s action.

I am truly honored to receive the USATT Technology Coach of the Year Award from the United States Olympic Committee. As a…