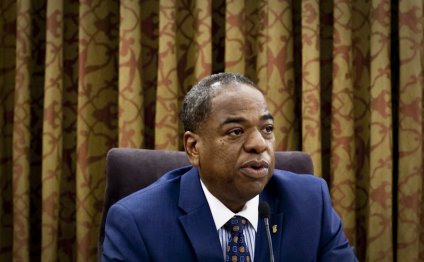 Drive, Detroit’s first and Michigan’s only table tennis social club, opened its doors in December 2012 at its first location in downtown Detroit. Drive offers a fun atmosphere with plenty to eat and drink. You don’t have to be an expert Ping-Pong player to have fun at this trendy, modern table tennis club – everyone is a winner.

I caught up with the club’s owner, Diallo Smith, and asked him questions about his club, the city of Detroit and the future of Drive.

Q: Did you always want to open a table tennis social club?
A: My wife and I had visions of opening our own business, but we didn’t know what it was going to be. We wanted it to be unique and different but also something that would be beneficial for the city. We heard of the idea from SPiN (another table tennis social club) in New York City. We saw it and loved it. We liked how people were having fun and enjoying themselves in a cool environment.

Q: Have you always loved the game of Ping-Pong?
A: People assume that I was a big Ping-Pong fanatic. I just liked to see people have fun. I couldn’t really play.

Q: How did you know the concept would work?
A: Before we went ahead with the concept, my wife convinced me to do some pop-up events in Detroit to see if people liked the game. We did three or four different events around the city at bars to test the waters. People loved it and asked us when and where we were going to open up. This showed us that our concept would work here in Detroit, and we opened up in December of 2012.

Q: How has this location been compared to the old one?
A: Our other location was much smaller and didn’t have a bar or kitchen. It didn’t match the architecture aspects that we wanted. We are happy to now be in the nucleus of downtown. We wanted to go to a place where the traffic was already there. It’s a lot denser, and it’s been a great location.

Q: How many other table tennis social clubs are there?
A: We were mentioned in People magazine last year along with other ones in the U.S. The article talked about Ping-Pong social venues being the hot, new thing. Besides SPiN in NYC, other places that were mentioned were Ace in Denver, SPiN in LA and Toronto and EVO in Wisconsin.

Q: Would you consider it a niche market?
A: Yes, it is a niche market, but the beautiful thing is that this is a niche but the game of Ping-Pong isn’t. Most people have familiarity with the game. Even if they can’t play it well, they play it to have fun. They played it growing up or at summer camp.

Q: What was your goal with Drive?
A: We combined a little bit of contemporary architecture and a little bit of nostalgia. People already have that love and understanding of the game. It’s addictive, man. One of the things that we wanted to try to do was bring something unique, fresh and interesting to Detroit.

Q: What does Opportunity Detroit mean to you?
A: People always say, “This feels like we’re in New York City or LA.” It’s kind of a backhanded compliment. For us, the opportunities are there to be just as creative or innovative as other cities. You just have to have the imagination and the will to do so. We like the Opportunity Detroit theme because it matches with all that we are about here.

I am truly honored to receive the USATT Technology Coach of the Year Award from the United States Olympic Committee. As a…

For some people, the grass is always greener – or the sea less blue – on the other side of the world. Photograph: Andreas…