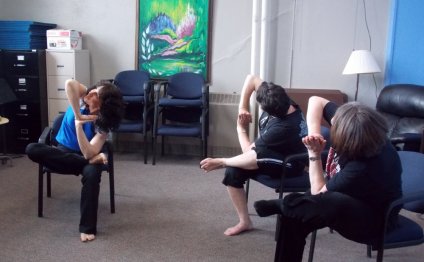 Table tennis is a very popular sport that is played all over the world. Millions of people engage in amateur play every year, and table tennis has even been part of the Olympic Games. Although nobody can pinpoint exactly who launched the idea of table tennis or what year it first appeared, we know that it was originally played in England in the last years of the 1800s. Well-off English ladies and gentlemen who did not have the land to play traditional lawn tennis would play table tennis in their parlors or dining rooms. It was considered a suitable hobby for both men and women and was played using makeshift balls of string or a cork from champagne.

Table tennis was sweeping England by the time the J. Jacques & Son Company of London registered one of the most popular terms for the game as a copyright: That's how the name ping-pong entered the public consciousness and became semi-official. By the mid-1920s, the U.S.-based toy manufacturer Parker Brothers, still one of the largest in the world, owned the rights to the name and the ability to mass-produce "official" ping-pong sets all over the nation.

From that time, the sport began to become known as table tennis to distinguish it from a child's game. It lived parallel lives in the United States and Europe, developing into a hobby for people of all ages throughout European countries. Makeshift paddles from found objects were gradually replaced by rubber stretched across "blades" of wood. The 1920s and 1930s saw plenty of great milestones, including the founding of the International Table Tennis Federation in 1926.

The first Table Tennis World Championship took place in London in 1927, but it was still a few years before the rules became standardized and began to reflect something similar to the game we have today. One famous championship that took place in Prague in the 1930s paused for a whole hour to contest a single point! This led to several changes in the rules. Most importantly, the height of the net was drastically lowered so the game would be much faster than before.

Table tennis saw its fastest and most enthusiastic spread through Asian countries. China, Japan, and Korea embraced the game with gusto, and these countries continue to produce some of the greatest players in the world. Although it took a while for Asian players to burst onto the global stage, they were making strong showings against Eastern European and Northern European champions by the 1950s. In fact, one of the biggest innovations in table tennis came from Japan!

In 1952, it was Japanese table tennis champ Horoi Satoh who first introduced a foam rubber table tennis paddle to the game. This further accelerated the pace of the game, which had been growing faster throughout its history. It also added an element of strategy because players were able to achieve different effects by spinning the ball. For a decade, Japan held the advantage in consistently winning championships, but China emerged as the world leader in the 1960s.

Of all the countries to participate in table tennis, China has held the longest record of consistent championship wins, from the 1960s through to the 1980s. The most famous table tennis game of all time also took place in China, too! In early April of 1971, the official table tennis team of the United States was invited to China. This made the team of nine players the first Americans to be permitted into mainland China since the Communist revolution of 1949. Just ten months later, U.S. President Richard Nixon made the first official visit to China in more than two decades.