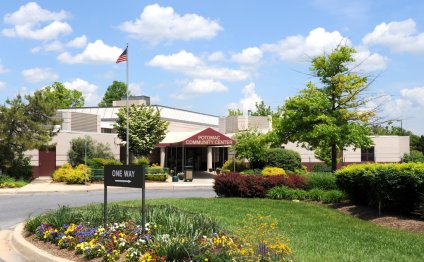 The idea had been bouncing around in his head for some time. With the growing popularity of the Potomac Country Table Tennis Club and ping-pong in general, Club founder Herman Yeh knew it was time for a new look. Accordingly, during his club’s 2013 Fall Open at the Potomac Community Center, Yeh snapped a picture of more than 100 ping-pong competitors and fans in attendance. Then, using the image as masthead, Yeh set about creating a new website to encourage more people to join in the sport.

A retired scientist from NIH and life-long table tennis enthusiast, Yeh started the club more than 25 years ago, following table tennis’ establishment in 1988 as an internationally recognized Olympic sport. He set up base with just two tables in rented space at the Tilden Middle School after 12 parents offered to chip in and purchase the equipment. Then, in the early ’90s, when many of the original participants had moved on, Yeh moved the club over to the Potomac Community Center on Falls Road.

A little more than 20 years later, the club, now partners with the Center, has grown from its humble beginnings to include 100 members. In addition to the Falls Road location, Yeh has also opened a venue at the Clara Barton Community Center, which currently boasts 40 members. He fondly refers to the locations as Potomac Ping Pong Group I and II. Between the two, there are now 18 professional tables engaged in competitive play.

A quick glance at the website shows a user-friendly design that makes it easy for ping-pong enthusiasts of all levels to get involved in the club. “Club Corner” presents scrolling photos of members and visitors engaged in active competition, while scroll down menus show highlights from the recent 2013 Potomac Fall Open, schedules for the Potomac I and II facilities and how to sign up to play, as well as information on upcoming special events in international table tennis and video results from competitions.