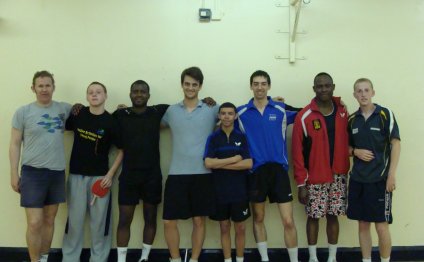 Table tennis is one of the most popular sports in the world, with anything up to 300 million registered players worldwide. One of the reasons for this is perhaps that different genders and ages can compete on a near-equal footing because guile, deception and imagination are equally as important as strength and power. The rubber-surfaced bats can impart tremendous spin and speed on the light, hollow ball.

The sport is thought to have begun in the late 1800s as an after dinner pastime practised by the British upper classes, using books as rackets and golf balls or champagne corks as balls and was referred to as either wiffwaff or ping pong. It was not formalised until 1921 with the British Table Tennis Association laying down rules ahead of the first world championships in London in 1927. Competitive table tennis is played indoors on a table measuring 274 x 152cm and 76cm tall. Rackets are wooden with a rubber outer surface and sponge-like sandwich rubber. Find out more about table tennis with the English Table Tennis Association and learn the laws of the sport.

Table tennis was included in the first Paralympic Games in 1960 and is now practiced by athletes from more than 100 different countries. It was not until the Montreal 1976 Games that standing players were included. Now athletes from a wide range of disability groups compete in table tennis in standing and sitting classes.
The rules of the International Table Tennis Federation (ITTF) apply to the Paralympic Table Tennis competitions with slight modifications regarding the serve rules for athletes competing in a wheelchair.
Objective

Very briefly, the objective of table tennis are that you have to try and get the ball on the opposite site of where your serving from without the opponent hitting it back.

Rules at a glance

Unlike in Tennis where a player serves for a whole game, in Table Tennis the service changes after every two points have been scored. Once the score gets to 10–10, the serve changes after every point. In Doubles games, as well as the serve alternating between teams, it alternates between players too.
As well as matching the speed of play of their opponent, players need to ensure they stay within the rules of the game. A point can be awarded to the opposition for an infringement such as touching the table or net, an illegal serve, or a Doubles player striking the ball out of sequence.