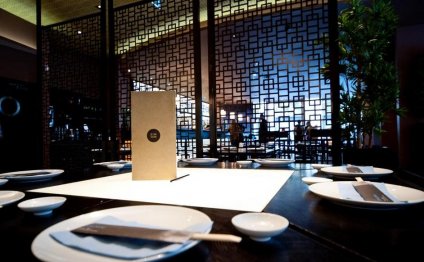 Eating, drinking and ping pong are popular combos right now in Chicago. SPiN Chicago arrived last week, bringing Susan Sarandon's New York import to River North. Over in Ukrainian Village, hipsters have piled into divey Happy Village for years with their paddles while sipping on cheap beer. Now a new contender, AceBounce, plans on giving Chicago an English spin on the trend with a focus on premium offerings.

Bounce CEO Adam Breeden called in from London to talk about his social ping pong concept, chatting about the 14, 500-square-foot space that he plans opening in June at 230 N. Clark St. Launched in 2012, there's two Bounce ping pong clubs in London, drawing hipsters, bachelorette parties and corporate outings. They've renamed the concept AceBounce for America, and they hope for more U.S. expansion. AceBounce's serious approach to food and its laid-back atmosphere will help distinguish itself from other ping pong spots, Breeden said. Ping pong isn't treated as competitive sport at Bounce, as Breeden recalled a group of 10 women enjoying themselves at one of his London clubs. They weren't keeping score, they were just hitting balls at each other.

"They were just having an incredibly fun time, " Breeden said. "That kind of image illustrates that it's different. It's amazing how much fun you can have at ping pong tables without engaging in a serious manner."

There's a definitely a club component to the concept, with DJs blasting tunes over the weekends. But Breeden doesn't want guests to compromise anything. Many times when a bar or restaurant is centered around an activity —like ping pong— the food is subpar, the venue's design is shoddy and the service is lacking, he said. That won't be the case at AceBounce where food won't be an afterthought, as many guests in London come for the food without grabbing a paddle: "You really can have a fantastic culinary experience, " Breeden said.

While Breeden wouldn't share names, AceBounce promised a big-name chef to oversee the kitchen and an award-winning mixologist who will handle cocktails. They'll serve American food, so don't expect English touches on the menu. Over in London, where the spots are routinely packed with young, urban fun seekers, they serve pizzas from a wood-burning oven.

The space will house 17 ping pong tables, and while rates are being finalized, Breeden estimated table rentals will cost about $35 per hour. The company is particularly proud of a table coming to Chicago that will be used in the 2016 Summer Games in Rio De Janeiro. Visitors will find 18-foot ceilings and a 47-foot timber-clad bar inside.

Besides AceBounce, Breeden said his group will open another concept next year in Chicago. The concept will feature another activity and elevate it the same way AceBounce has done for ping pong. Stay tuned.

Ping Pong All Over London

A game of headis, a mix of table tennis and football, is played in front of a small but enthusiastic gallery It is made out…