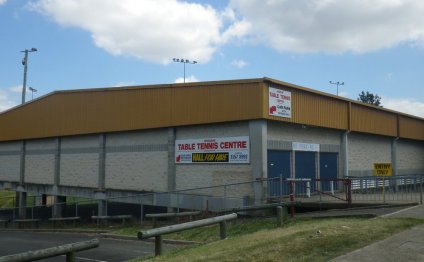 The game ended with the German man screaming and falling to his knees, leaning back and ripping open his shirt in victory. I don't know who he got this from, but it seems like it was rehearsed and learnt from a movie. I couldn't believe my eyes. Both players met at the teeny tiny net and shook hands, and the champion went on to recieve his trophy.

I then went to play a shockingly awful game of table tennis, where I missed every second ball, and stood clamped to the table's edge, being too rigid to get into the swing of things. I claimed I wasn't good enough to play in a hall of champions.

To hire a table and have a game, it will cost $10 for non members and $7 for members. They also offer robot hire, coaching, fixtures training, and they have tournaments throughout the year. Please go to the website and check their calendar. Some nights the BTTA isn't open for social playing, as there might be coaching on, or better yet, a tournament.

I always feel that table tennis is an underrated sport. Find out exactly how awesome it can be by heading down to the Brisbane Table Tennis Association. You'll be surprised how fun hitting a little ball across a small table can be.