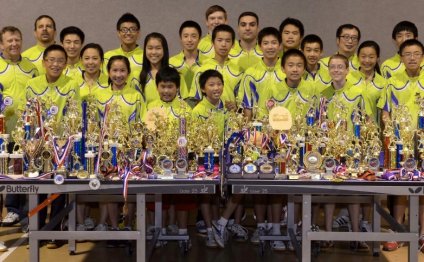 You may have played ping-pong, but have you played the sport of Table tennis? Table tennis is an Olympic sport and the most popular racket sport on the planet. Table Tennis is also a fun, low impact sport that can be enjoyed year round by those of all ages, sizes and fitness levels.

Come to Alameda TTC and learn to lob, smash, loop, chop and spin the ball by USATT certified coaches. Learn the correct strokes to take your game to the next level.

12 years National team, and Olympic coach for Holland, Pieke worked with a number of top 20 players in the world including Trinko Keen, Danny Heister and Li Jiao. This makes Coach Pieke one of the most highly qualified coaches in the U.S.

Avi is a U.S.A.T.T. certified regional coach and former U.S. Over 40 and 2 x over 50 National champion. Recent wins include the 2011 National over 50 men's title and 2010 Sacramento Spring open.

Coach Jackie has an impressive list of credentials including -

He played 1st single in Danish Elite Division for BTK61, Roskilde for 2 seasons.

He has been coaching Table Tennis now for 15 years

Coach Jonathan Coach Dave is a U.S.A.T.T. certified state coach and holds an ITTF Level 2 coaching certificate. He made the USATT top 20 best win percentage list in 2005 and 2006 and won 2 events at 2006 nationals.