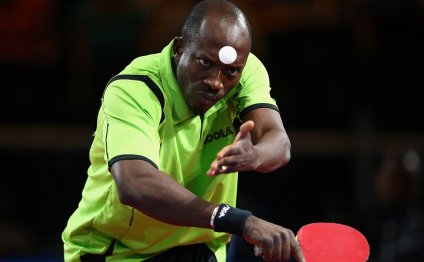 Ask just about any high level player what the most important shot in table tennis is, and the chances are pretty good that he'll reply - the serve.

But on the whole, the serve is a much neglected part of lower level players, who prefer to practice their rallying skills when training, and like to talk about the best technique for a forehand loop. In this series of articles I'm going to redress that balance a little, as I concentrate on that oft-underrated stroke - the serve.

After all - every point has one!

I'm going to start in this article by discussing some general aspects that apply to all types of serves. In later articles in the series we will examine particular serves in more detail, such as the forehand pendulum serve, the backhand backspin/sidespin serve, etc.

Why Is the Serve Important?

What is it about the serve that makes it such an important stroke? Reasons include:

What Makes a Good Serve?

This is a trickier question to answer, because what could be a good serve under one set of circumstances could be a bad serve under another. So instead of giving a hard and fast definition of a good serve, I'll discuss several of the factors involved in serving, which work together in different amounts to make a serve good or bad depending on the situation.

These are serves that bounce once on the opponent's side of the table, typically within six inches or so of his endline. The emphasis is on surprise and speed to force weaker returns from opponents, which can then be counterattacked. If your opponent is not caught off-guard, you may be getting a very strong attack coming back at you, so use with care!

The placement of the ball when served to the opponent will have an effect on whether the serve is a good or bad one. What makes for good or bad placement will depend largely on your opponent - different players stand in different positions when receiving serves, and also hold their bats differently in preparation for their receive. They will also have different strengths and weaknesses in returning serve (ie some will be better at flicking than pushing, some might be great at looping long balls on the forehand but weaker at long balls on the backhand).

Some things to be aware of in terms of placement are:

How to perform a good table tennis serve