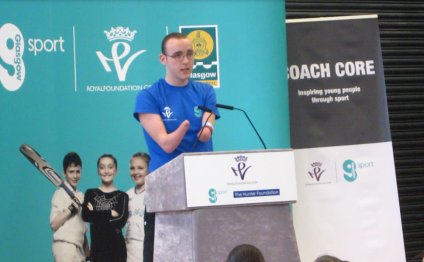 It's an overcast afternoon in Drumchapel, or The Drum as it is known locally, a sprawling housing estate in the north west of Glasgow. On one side of a road there's a shopping centre overlooked by three grey tower blocks. In the distance, the jingle of an ice-cream van and a yelping dog demand attention.

On the other side of the road is a single-storey windowless building. Even before you step inside, you can hear the squeak of rubber-soled trainers and the metronomic pock-pock, pock-pock, pock-pock - the unmistakable sounds, diehards call it music, of ping pong.

This is home to Drumchapel Table Tennis Club, the unlikely new champions of Britain.

When the club began 20 years ago - with a solitary table and two paddles in the corner of a community centre - Drumchapel was one of the worst estates in Europe. It featured prominently in all the wrong league tables: crime, poverty, unemployment, alcoholism, drug use, teenage pregnancies, gang violence. Though these problems still exist, they are not as acute, thanks in part to one man and his contagious passion for a sport that may be one of the most popular in the world (with 300 million players) but is something of an obscurity in this country.

That man is Terry McLernon. When he started the club, it was with the sole intention of giving local children somewhere to go and something to do on a Friday night. It wasn't part of his game plan that the club would one day defeat the UK's best players and become the first non-English club ever to win the sport's top domestic trophy - the British Premier League Championship.

He didn't imagine that table tennis would eventually be played in every school in Drumchapel; and that more than 300 people, from the ages of seven to 75, would play at the club every week, breaking down territorial boundaries and making it one of the biggest - as well as most successful - clubs in Britain.

Nor did he expect to be discussing training schedules for the European and Commonwealth championships. But that is exactly what he is doing. Little wonder he looks like the happiest, proudest parent in the land.

McLernon, 50, is a large jocular character with a ruddy complexion and combed back bristly hair. During his childhood, he ran wild, joined gangs, started fights. Then, at 15, he picked up a hard bat and ball and developed a love of table tennis that changed his outlook for ever. He says he was never the best player, but he became something far more valuable: the best advocate any sport and any deprived community could wish for.

In the early days, the club met once a week at the local sports centre. As interest continued to grow, McLernon scrounged broken or unused table tennis tables, and within a few years it had entered a team in the West of Scotland league and won the 5th Division. (By comparison, last year Drumchapel fielded seven teams in the three West of Scotland senior leagues and four in the juniors.)

As the club grew, more experienced Scottish players joined and, with financial support from Glasgow City Council, McLernon was employed as coach and facilities were provided rent-free. Within a couple of years, more than 250 young people were playing the game.

By 1996, the club had applied for a place in the British Premier Division - the first Scottish club to join - and over the next few seasons it had representatives playing at the World, European, Youth, Commonwealth and Six Nations Championships.

But a side-effect of the emphasis on elite players had become apparent: fewer local youngsters were playing. This was when McLernon began to focus attention on developing the sport in nearby primary schools. He explains that it was the discipline and the community spirit more than the single mad pursuit of a little white celluloid ball that has changed lives here.

"The club has saved many kids from heading to Barlinnie, " he says, referring to the notorious prison on the outskirts of Glasgow. "They are doing things kids have never done in Drumchapel before, like going to university and college. Some of the kids around here have parents who have never worked, and grandparents who have never worked. That life was all they knew. But sport gives them discipline. It gives them self-respect. We try to give the kids a bit of meaning and structure in their lives. And hope. It enables them to travel to see other places and meet other people, to see that there is a world of opportunity out there. And it gives them a sense of belonging. We're a real community here."

There is indeed a palpable buzz and sense of pride about the place. It is the second week of the Easter break and the club's elite players are in intensive training for May's Commonwealth Championships in Glasgow, an important competition ahead of the 2010 Commonwealth Games in Delhi - and the 2014 Games at home in Glasgow.

In one half of the hall are Li Chao, the recently appointed national coach for Scotland, and two players from China - Qian Hai Song, 20, and Wang Zheng, 18. At their sides are waist-high cartons of balls, which they are strategically, relentlessly firing at their opponents.

One of the Drumchapel players attacks every ball as if it has delivered an appalling insult to his mother. Another repeatedly berates himself. Errant balls are flying all over the place.

At other tables, players are working on their forehand counter-hit, backhand push, forehand backspin serve, backhand topspin serve. It is exhausting to watch. More balls are slammed; others spin so much that they hover in the air, doing their own thing before landing in the most improbable and impossible spot.

The players' faces are contorted in a grim but not unpleasant expression. It's a look of focused and intense attention - one a surgeon might wear while performing the most intricate operation. The coach later informs me that a table tennis ball travels at up to 170mph and that a player has 0.7 seconds to respond to an opponent's shot. At this level, he says, the game is extremely difficult and requires monumental concentration, exquisite technique and instinctive brilliance. It bears about as much resemblance to youth club ping pong as Drumchapel does to Mayfair.

At the end of the drill, the players walk away from the tables and let out a collective sigh of relief. Qian Hai Song, who knows only a little English, smiles. He looks as if he would have expended more energy sipping a cup of tea.