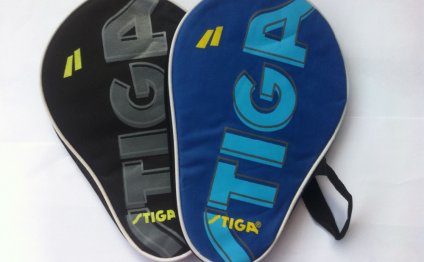 Energy
Energy cannot be observed. Only the results of Energy can be observed. That is, when a ball is hit hard, you are observing the transfer of Energy from the body of the player to the ball to cause that shot, not Energy itself.

Energy is described in two forms (ignoring a smattering of other forms, which, without getting extremely technical in chemistry and nuclear physics, are beyond the scope of this article). These are Potential Energy and Kinetic Energy.

The formulae used are:

E = mgh
This is a representation of Potential Energy. This represents the ability of the object in question to use Energy. For instance, if a Table Tennis ball was in your hand and you remove your hand quickly, the ball would start to fall (due to gravity). As this occurs, the ball's potential energy starts to be converted to kinetic energy. When it hits the ground, the kinetic energy starts to change back to potential energy, till the ball reaches the peak of its bounce, and starts to fall again.

Theoretically, this should continue forever, as Energy cannot be created or destroyed (except in a nuclear reaction, which involves what is probably Science's most famous equation: E = mc2). The reason it doesn't continue forever is due to air resistance, in the form of friction, and the fact that the collision of the ball and the ground isn't perfectly elastic (some of the ball's kinetic energy is converted to heat, when it impacts with the ground, and there is also some friction between the floor and the ball).

If you want to conduct an experiment (you can make quite a bit of money out of this 'trick'), try dropping a golf ball and a table tennis ball from the same height and see which hits the ground first. Both will strike at the same time, as the resistance due to air is almost exactly equal. Another way is to perform the experiment in a vacuum, though this is a harder to set up. In that case, you can drop a feather and a brick, and the two will strike the ground simultaneously.

This explains why a serve with a high ball toss is more dangerous than one tossed only 6 inches high. The Energy gained by the high toss can be converted to spin or speed when struck by the racket.

E = ½mv2
This formula shows that the faster you hit the ball, the more Energy the shot will have. If the mass of the bat is high, then it will also result in more Energy in the shot. This is because the mass and energy terms are both directly proportional to the Energy.

Why is the 38mm ball faster than the 40mm ball?

As the 38mm ball has a smaller radius, it also has a lower mass, and therefore a lower Energy due to the equation E = ½mv2. This should therefore mean that the overall velocity of the ball is lower. BUT, the 38mm ball is faster than the 40mm ball because the increase in the radius results in an increase in the wind resistance, thus slowing down the 40mm ball. When you deal with objects of low mass like a table tennis ball, air resistance is a major factor in slowing it down.

And that is a basic introduction to the physics of table tennis.

The writer who did the Newtonian description of tt ball flight was full of you know what. The physics of tt ball flight is governed by what is known as the "Magnus Effect". It is an aerodynamic "thing". The spinning tt ball reacts with the air it is passing through in such a way that makes it act like an aerofoil due to the air viscously in immediate contact with the ball surface interacting with the stationary air that the ball is passing through.

For a topspinning ball this air interaction puts high pressure on the ball top and low pressure on the ball bottom. Hence it curves down. This down force is much bigger and more influential than any ball weight forces. The opposite happens for a chopped ball, that's why it floats back so nicely and seems weightless - in effect it is just gliding back (like a paper aeroplane).