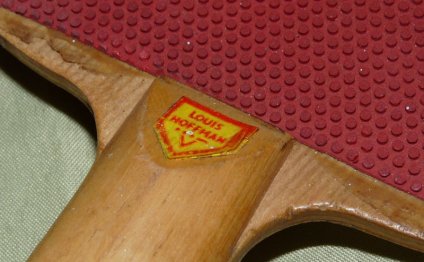 Haverhill; a small Suffolk market town on the Essex-Cambridgeshire border and the home to an authentic sporting legend. Johnny Leach is the last man from this country to be crowned the world singles table tennis champion, and at the age of 88, is the oldest of all the surviving winners. This year marks the 60th anniversary of the second of his two world titles in 1951 in Vienna, when he triumphed over Ivan Andreadis of Czechoslovakia.

Leach was also champion in 1949 in Stockholm, placing him in the elite company of just 11 players – Jan Ove Waldner, Wang Liqin, Jiang Jialiang, Guo Yuehua, Zhuang Zedong, Toshio Tanaka, Ichiro Ogimuor, Bohumil Vana, Bergmann and Barna are the others – to be crowned world champion on two or more occasions.

With the explosion of talent from China and the radical changes of equipment, the ensuring 60 years have seen a transformation in the sport of table tennis yet the passing of time has only magnified Leach’s achievements. No British player has even gone close to emulating his record, and with Paul Drinkhall currently the highest at 129th in the world rankings, there is no imminent sense that the long wait is about to end.

Leach was also the star player in what remains perhaps the greatest achievement in British table tennis history when England won the Swaythling Cup – the world team championships – in 1953 for the one and only time in history.

Aside from a back injury that he believes was brought about by playing on too many concrete floors, Leach is in good health and remains a passionate armchair fan of most sports. He has strong views though about the way table tennis has been allowed to develop. “The current world champions in table tennis are brilliant, and if they played in our era with the equipment we had, they would still be brilliant. But the great shame is that the developments in equipment have had such an impact on the sport from a spectators’ point of view.

“Table tennis would be so spectacular now if they were using the equipment that we used. I really do think it would be the world’s number one sport. Instead, the rallies last two or three shots and I don’t think tactics really come into it.

“When I was playing, the rallies were long and it was very tactical. You would vary the pace, go to an opponents’ strength in order to expose their weakness. I watched the English championship on television and they are wonderful players but you can’t control the ball in the same way and have rallies that you once did.”

An intriguing fact of Leach’s career is that it could have contained even more titles were it not for the intervention of war and the suspension of the world championships between 1939 and 1947. During that period, Leach worked in the Royal Air Force as a radio operator and can recall touring to entertain the troops with his table tennis skills.

His father had introduced him to the sport and he says that he would play table tennis in every spare moment that he had, often practicing for more than eight hours a day. “There is no secret to success at anything – you have to work hard, ” he says.

While in the RAF, he was based on the same camp in Belfast as two other table tennis enthusiasts – Ron Craydon and Jack Carrington – and, in between shifts of 24 hours on and off, they would hitch-hike to a British Legion club to practice. “If there was no one else there, I would play myself by hitting the ball against the board – sometimes through the night, ” says Leach.

“At that time I didn’t really know how good I was but I entered the English trials and basically walked it. That is when I realised. I can then remember receiving a telegram which informed me that I had been selected to play for England against France.”

It was era in which European players were generally dominant in the world, although Japan were just emerging as a major force. It was not until the 1960s that the Chinese began to impart their modern dominance of the world game.

The 1950s, however, were a golden age in British table tennis. Both Victor Barna and Richard Bergmann, who had previously been world champions for Hungary and Austria respectively, moved to England during the Second World War and eventually took up British nationality.

Bergmann, who is regarded as the finest defensive player of all time, had left Austria following the invasion of the Nazis and won three world singles championships for England between 1939 and 1950. With Leach and Aubrey Simons, he was also part of the English team that won the 1953 world team championships. Simons recently celebrated his 90th birthday and, incredibly, was still playing locally in Bristol until three years ago.

Leach finally retired from competitive table tennis in 1959 and, having been the most successful player in English history, he went on to become one of the sport’s most influential ambassadors and promoters.

BASIC RULES OF TABLE TENNIS AS PER THE ITTF The Table The upper surface of the table, known as the playing surface, shall…

Table tennis, also known as ping-pong, is the second most popular game in the world as well as the newest of the world’s…