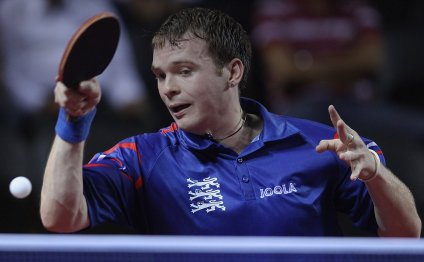 When he retired from professional table tennis he took up a post with the Martin Pipe racing stables as an assistant to the racehorse trainer.

Barnes was born in a maternity home in Forest Gate, Greater London, on 27 January 1947. When he was about a year old his family moved to live on a farm near Basingstoke, Hampshire. Barnes' family also lived for a short period on a farm in Whitley Wood near Reading.

Origins of his name, "Chester"'[edit]

In his autobiography, More Than A Match, Barnes sets out the details of how he came to be known as 'Chester'. His father was listening to the radio at the time of his birth when he was asked by the matron of the maternity home what christian name he was going to be called by. The programme playing on the radio at the time was the Charlie Chester Show, and his father replied: "We'll call him Chester." The book then goes on to say that Barnes was never actually christened with the name Chester although he was called by this name by both family and friends and has never been known as George.

Chester Barnes was one of the most outstanding young table tennis players of his era, and had an extraordinary and very rapid rise to fame. At the age of 16 he won the Men's Singles title at the English National Closed Championships and, at the time of winning this first title in 1963, he was still classified as a junior.

It was during this period that he was involved in several clashes with officialdom. In a short time he became one of the best known sports personalities in England and demands for interviews, television appearances and exhibitions poured in. At the age of 16 he became the first English table tennis player in the history of the game to have a personal manager (Peter Madge) to handle his business interests, and the publicity that surrounded his success is well documented. His fame and success was such that he was approached by a leading publisher at the time (Stanley Paul & Co. Ltd., part of the Hutchinson Publishing Group) to write his autobiography. The footballer, George Best was a notable sportsman who had business and work interests outside of his sport and, despite his amateur status as a table tennis player, Barnes too was making money from modelling and having sports equipment branded with his name.

Controversies and clashes with the ETTA[edit]

During his amateur career he both attracted and courted controversy. He used a unique square racket, which also catered for his preference for a bat that was heavier than a normal bat. He was one of the earliest British players to adopt the topspin attack style used by the best European and Asian players, along with the smooth reverse rubber used on the new rackets. Because of an old rule forbidding the use of reflective surfaces, this occasionally resulted in disqualification if the rubber became shiny in use.

Barnes was regarded as an anti-establishment figure in the world of table tennis, in keeping with the trends of the time, and was frequently in trouble with the English Table Tennis Association, whom he saw as too conservative and even a clique that did not look after the best interests of the players. In his autobiography he described an incident where he issued a public ultimatum to the association to name him the No. 1 English player, having already been told behind the scenes that this would happen. The resulting publicity only helped to further his career and bring him more notoriety.

At the age of 10 he joined Len Hoffman's Youth Club, which backed on to the Godwin Road School in Forest Gate. Whilst at Godwin Road school he was selected for the swimming, athletics and cricket teams. At this time, he had never played table tennis and his initial reaction to playing table tennis was that he felt it was a weak game for children who couldn't get into team games such as soccer and cricket.

At the age of 11 he started his secondary education at the Forest Gate County High School. It was because of his interest in cricket that he was invited to attend the Essex County Cricket Club Training School in Ilford where Barry Knight was the resident cricket coach. It was the experience of having a very fast ball bowled to him by Barry Knight that led him to realise that his sporting future did not lie in cricket, because he felt that it was too dangerous. On his own admission in his autobiography he says he was never really a 'team' player so table tennis was more suited to his personal sporting ambitions.

In his autobiography, Barnes said that he first picked up a table tennis bat when visiting a snooker hall with an uncle. He was stopped from playing snooker because the manager at the club felt he was too short and he couldn't see over the table. His uncle, rather than disappoint him, said they could play a game of table tennis instead. It was on this occasion that he picked up a table tennis bat for the first time and realised that there was a lot of skill required to play it well.

Rated 4.4 out of 5 by by GatorRoeder New Favorite I am a recreational player that has been playing for three decades and…

I believe Manuj Paliwal is correct. Awhile back rules were changed to make TT more appealing to TV viewers (I believe the…