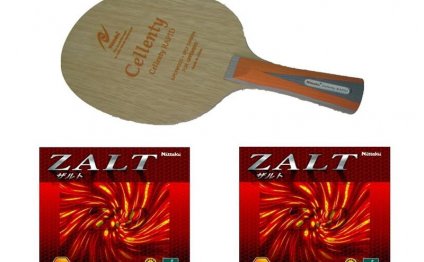 In this article we’ll discuss which rubber type enables us to loop backspin with ease.

As usual, there’s also a summary at the end of the article in case you need the results right now,

for everyone else there’s MasterCard the slow but hopefully interesting path through the article.

This article doesn’t teach you how to loop backspin!

Before we go deeper into the topic, let us start with a definition of backspin.

Backspin balls rotate around an axis parallel to the tables plane.

But this isn’t enough to define them properly, because this also holds true for topspin balls.

A second important criteria is the flight direction of the ball. Does the ball move away from us or does it move into us?

Think of a backspin serve. It moves away from us at the beginning but might come back to us – performing a so called ghost serve (because it ‘appears’ as if a ghost has pushed the ball back to our side).

The third important aspect is the type of rotation on the ball. Freeze the ball mentally as it comes to you and look at the balls midpoint. Does it rotate upwards or downwards?

Let’s have a quick look at the picture below to explain the previous lines. The observer at each table side is symbolized with an eye.

The picture also made it clear, that a definition of backspin should be based on the respective observer since both observe ‘different’ things.

Finally we come to the following definition:

A backspin ball from the receivers point of view

The basics are set and we can go on to discuss the rubber-ball interaction.

Maria Hill: When did you become an expert in thermonuclear astrophysics?

– from the movie ‘The Avengers’

The following section may or may not be obvious to you. However, understanding the principles might even prepare you for the world outside of table tennis or at least prevents you from being featured in videos as shown below.

We’ll later see how we can apply this knowledge to the current article.

Let’s start with the picture below.

to get the following result:

2.2 | Application to the table tennis case

Removing the unnecessary details we immediately see the table tennis case with the backspin ball and the moving blade as seen below:

The previous 3 cases are now:

Additionally we make use of the difference principle (not an actual thing, just named as such here because we calculate a difference).

This means we look at the difference of the the VBALL and VBLADE values and the resulting situation.

If you read the throw angle article this might seem confusing at first, since both the VBALL vector and the VBLADE vector point at the same direction at the contact point and ‘should be’ added based on the previous article.

However, remember that we are interested in actual forces. Imagine a point on the surface of the ball and the blade during ball contact. If they move at the same speed, we can use the frame of reference concept to think of both of them as resting and hence not applying forces on each other.

If the balls rotational speed is greater than the blades speed we can still use the concept. However, this time we can only move into the accelerated frame of reference of the blade. This means we simply mentally subtract the VBLADE speed of the VBALL speed and look at the remaining situation. Then the blade is at rest while the ball is spinning into it with the rotational speed of the difference between VBLADE and VBALL.

However, before we start using the frame of reference concept, let’s start with the basic diagram:

Let’s start with the first case.

At first we apply the frame of reference concept and subtract the spin vector s at the rubber-ball contact from the stroke direction vector. We then have the (mental) case of looping a no spin ball.

The scribblings symbolize the deformation caused by:

We immediately see that in order to actually benefit from the upward force, our sponge needs to be compressed. Otherwise we are left with the topsheets flexibility to add spin.

This thought also explains why it’s so hard to loop backspin with hard rubbers. Even if you swing faster than the balls backspin you’ll have a hard time to lift the ball and add some spin to it. It’s not impossible but it gets harder the harder the sponge becomes.

On the other hand we can store more energy in harder sponges if we are able to actually compress them. Then we benefit from higher lifting forces and add more spin to the ball. Again, this is only possible if we can accelerate the bat with the hard sponge as fast as the same bat with the softer sponge and hit more into the sponge.

The pimple structure follows the same idea, sparse pimples structures ( Tenergy 64 ) can only loop backspin better to a certain point. Then we need the next step with the medium density structure of the Tenergy 05. The density end is reached with the Tenergy 25.

As a last point, remember that the ball doesn’t actually carry no spin, but we just changed the frame of reference to understand what’s happening. Without using the trick we would simply ask, how we can add more spin to the already given one. The answer is of course identical to the previous results.

We make a logical jump by going directly to case 3 where our blade isn’t as fast as the ball. We’ll discuss the missing case later on.

Using the same situation with different vector lengths to match the new case (with the same definitions) we get:

The frame of reference concept is applied again and we arrive at the following problem:

Table Tennis - How to use Glue & Booster on your Rubber ...

Serious ping-pong players are known to be a bit fanatical when it comes to choosing their equipment, often spending many…